Female Body Language: How to Read It!

As a man, learning to read and understand the unspoken female body language signs of attraction can make it easier for you to meet a woman that really wants you romantically and sexually.

After all, no guy wants to be alone all his life.

We're hard-wired to seek out and get together with women to procreate. All the other stuff is part of the Big Game of life that we either figure out how to play to win or we lose. 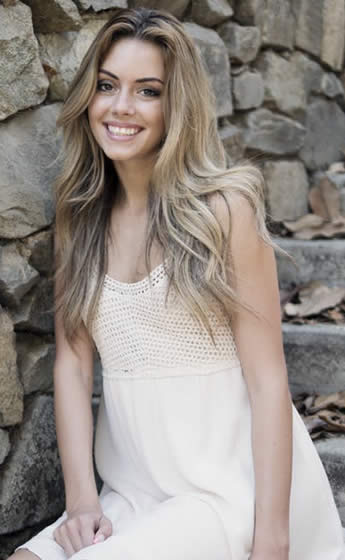 The physical language unspoken by all of us is there to help us communicate on a deeper, physiological level.

Being able to decipher the gestures, postures and movements to a high degree of accuracy puts us at a huge advantage over those guys that cannot.

It also helps enormously when we're looking to meet that certain woman who we have yet to meet, get friendly with and ultimately, get into bed with.

Despite the simple and pretty obvious fact that we all have a fairly equal chance at meeting, getting to know and dating a woman, most men miss opportunity after opportunity.

The do it through lack of knowing when a certain woman is interested in them and is giving them the signals to come over and say hi.

That often results in frustration and resentment on both sides. The woman feels rejected and the man simply walks away alone.

What a different story it is when the man reads those signals and sees her interest in him... and instantly knows how to get that woman to want him.

I'm sure you don't need to tell you that when you know a woman is interested in you, you're going to start talking to her.

You'll both start flirting with each other and before too long; you're going on a date and ending up in bed together.

How to Read a Woman's Body Language

If you're new to this, the first piece of advice I can give you is to open your eyes, look at her and see what she's doing.

Tip: this is self-help on steroids! Notice how she's standing (or sitting) and see if she's looking at you or not.

If she is, the next step is to take notice (careful notice) of how her body is oriented and what her movements are while she's looking at you. Positive Signs Are:

Her body (torso, legs, feet, shoulders and face) are oriented in your direction

They're just the obvious ones that you can pick out at a distance where you're close enough to see her intention revealing eyes clearly. Negative Signs Are:

They're also very obvious signs she is not interested. This is to stop you wasting your time trying to pick her up.

Let's say, for example that she is giving you all the right signals and gestures that she's interested in you. Your number one job now is to go over to her and say hi.

As you introduce yourselves and start talking, there are more signs you can pick up on that tell you her interest is growing.

A study entitled: "Nonverbal Courtship Patterns In Women," by Monica M. Moore Ph.D. found that engaging in preening, primping and pouting are things a woman will do when she is attracted to a man.

The study noted that this kind of behaviour is not just something a woman will do when she's vaguely physically interested. Preening behaviour is what a woman does when she's zeroing in on their man!

What that means is that she is no longer merely checking you out. She's silently screaming at you to take notice of her because she's attractive!

She will laugh at your jokes (even the lame ones) and will keep making eye contact throughout the conversation.

You just need to make sure you don't do all the talking (especially talking about yourself). Instead, allow her to tell you all about herself and make it look to her like you are really interested in everything she's saying.

When she's making eye contact with you, make sure you're gazing into her eyes too. If she touches you (your arm or hand usually come first), that's the signal you can touch her back (in the same place she touched you).

Avoid touching her first, as she might interpret that as aggressive and it's your job to make her feel that she's safe with you.

The rest will follow, but you'll need to read more details on how that happens later.